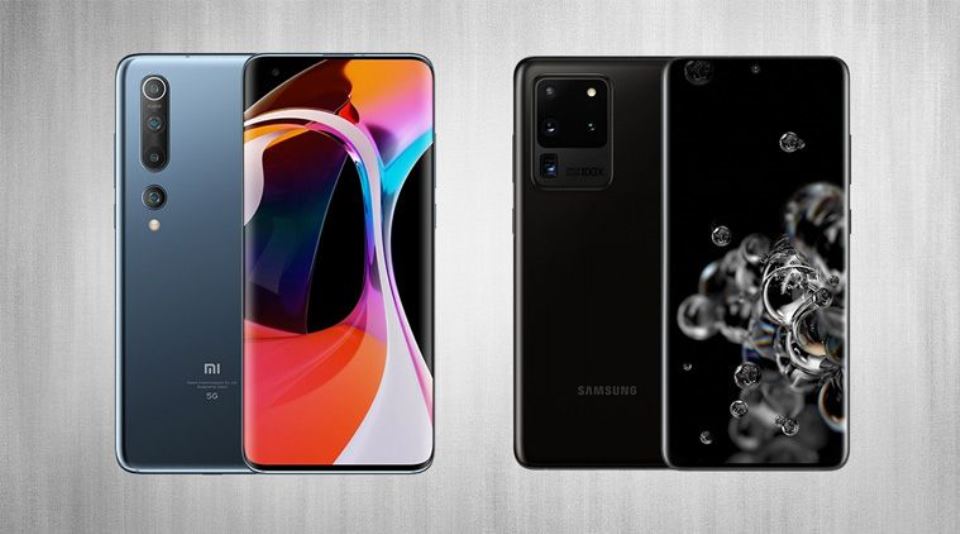 Τhe days when Xiaomi was the alternative for those looking for a top Smartphone – thikes kiniton – are gone, and they were willing to make certain concessions to get it at a lower cost. The company has made sure that its newest devices in recent years are similar and in many cases better than their competition, especially for the money they cost.

The best proof, by far, is the company’s new and top Mi 10 Pro, a Smartphone that is also the first with a relatively high selling price. The “relative” concerns its direct comparison with the proposals of its competition and especially the Galaxy S20 Plus, the Samsung device that comes with a similar selling price.

The similar thing here, in the case of the Galaxy S20 Plus, concerns the version with 128 instead of 256GB of storage, but also without support for 5G mobile networks. The corresponding version for the Samsung device is not currently available in our country, and its price in the official markets is about 250 euros more expensive than the Mi 10 Pro at 1,099 euros.

What matters, though, is what exactly each of the two devices has to offer, and that’s the subject of our comparative video, as well as this article. The areas we are focusing on are the key ones that are a market criterion in most cases, and those that can be judged relatively objectively. So, we will see the differences between the two devices in terms of screen, cameras, performance and of course the battery. 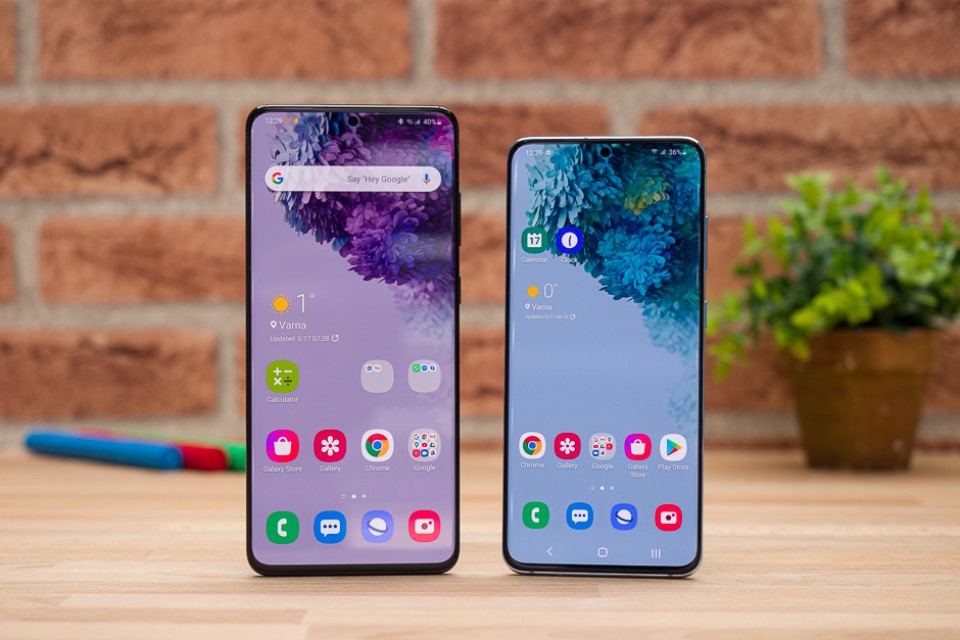 Starting with the screen, at first glance the Galaxy S20 Plus is technically and practically superior. Samsung offers a screen with a particularly high resolution of 3,200 × 1440 pixels and a remarkably high refresh rate of 120Hz. But the screen is designed to support one of these two features, not both at the same time. This means that to take advantage of the 120Hz refresh rate, you need to set the screen to a lower FullHD resolution, specifically 2,220 × 1080 pixels.

The Mi 10 Pro, for its part, comes with a screen that initially has a lower resolution at 2,340 × 1080 pixels, and theoretically a lower refresh rate that reaches 90Hz. Xiaomi has chosen this combination in order to achieve the ideal theoretically ratio between smooth movement and appearance but also reasonable battery consumption. It has now been proven that the 120Hz refresh rate has a particularly negative effect on the battery of all three Samsung Galaxy S20s.

However, the biggest difference between the two devices concerns the camera sector. In Samsung’s case, the Galaxy S20 Plus comes with a set of four cameras on the back, of which only three can take pictures. The basic one remains at 12MP and comes with a larger sensor in size compared to the company’s previous models. It maintains both OIS and Dual Pixel technology for impressively fast focus. But the other two cameras are the ones that do not offer what one would expect in this price category.

The camera with the 3X zoom has a high resolution at 64MP while it is also the one that can record videos in the impressively high-resolution 8K. But the zoom it offers is almost exclusively digital, with Samsung here taking full advantage of what it can declare commercially. The camera has a visual zoom of just 0.06X compared to the main camera, and up to 3X uses only digital zoom. Also, this particular camera is exactly what the company uses in the Galaxy A71 as a key, a Smartphone that costs about half the money from the Galaxy S20 Plus.

Similarly, the third camera is not what one would expect in such an expensive Smartphone, and again especially compared to the devices of its competition. The low resolution of 12MP alone is not deterrent, as in practice it produces satisfactory photos. What is missing once again, however, is the autofocus, which Samsung insists on not adding to any of its devices with a camera like this.

On the Xiaomi and Mi 10 pro sides, the base camera comes at 108MP, just like Samsung’s even more expensive Galaxy S20 Ultra. In fact, in stark contrast to this, it comes from scratch without any problems with its autofocus, an area that Samsung is still trying to fix with ongoing software upgrades. This camera also normally has OIS, which is now considered a given in this price range.

Beyond that, the Mi 10 Pro has three more cameras, each offering something different in the field of photography. One of them comes with a 3.7 optical zoom that here also “goes” up to 5X digitally, a camera that also has OIS, something that is also missing from the corresponding camera of the Galaxy S20 Plus. Its resolution is reduced to 8MP, but it offers hybrid and up to 10X zoom in combination with data from the basic 108MP camera.

The third camera, in turn, is designed to make it easier to take close-ups at a more reasonable distance and comes with a 2X exclusively optical zoom. Its resolution is higher at 12MP and is an intermediate “step” of magnification.

Finally, the Mi 10 Pro also has a fourth separate camera with a super wide-angle lens, which comes without any of the disadvantages of this Galaxy S20 Plus. Its resolution is initially significantly higher at 20MP, while of course it also has autofocus. This feature also allows you to take Macro photos from a very close distance, an option that is completely absent from the Galaxy S20 Plus.

The next area in which the two devices differ significantly from each other is that of performance. The Galaxy S20 Plus is coming to the European market with the Exynos 990 processor designed and manufactured by Samsung itself. This processor is now proven to be slightly worse than the Snapdragon 865 inside the Mi 10 Pro. In fact, Samsung itself offers all three Galaxy S20s with it inside, in the versions that are officially sold in the United States, China and the domestic one for the same market in South Korea.

The absolute performance also has a small advantage over the Mi 10 Pro and Snapdragon 865, but the biggest problem with the Exynos 990 is that it consumes significantly more power. This has a direct effect on the performance of its battery, but also on heat production, which is also proven to be higher than normal, even with minimal use.

The two devices come with the same available RAM of 8GB, while in both cases it is the newest and fastest LPDDR5X. 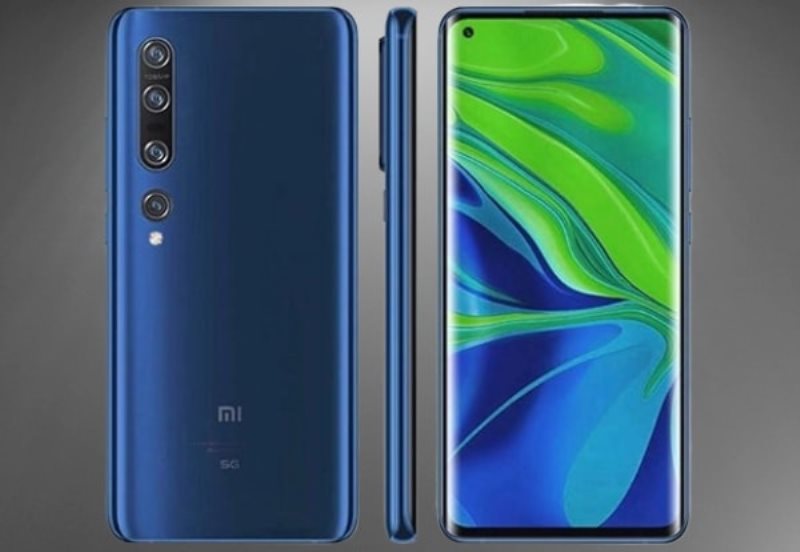 Finally, in the battery sector, we also have some significant differences despite the exact same capacity of 4,500mAh. The battery of the Galaxy S20 Plus has to “face” the increased energy consumption by its processor and the 120Hz screen. The Mi 10 Pro, on the other hand, in addition to being significantly more reasonable in consumption (and with better performance…) Snapdragon 865 processor inside, also achieves significantly lower power consumption by selecting the refresh rate at 90Hz. In fact, it seems that Samsung is considering the possibility of offering this refresh rate as an option in the three Galaxy S20, an option that can already be activated in a sideways way.

However, the charging process is also remarkably different between the two devices. The Galaxy S20 Plus comes with a 25W charger in its packaging, which can still fully charge its battery in just over an hour. However, the Mi 10 Pro supports even faster charging with… 50W and in fact the charger in its packaging is even more powerful at 66W. The combination is capable of charging the battery in just 45 minutes. The time is essentially about 20 minutes as an absolute difference, but as a percentage, it is a little more than 40% faster charging for Xiaomi’s Smartphone.

It is clear, therefore, that although the Mi 10 Pro is the company’s most expensive smartphone to date, it is by far the best it has ever made. The direct comparison with the corresponding price proposal of the competition makes it superior to almost all of these key sectors. Samsung has made the Galaxy S20 Ultra available with a camera similar to that of the Mi 10 Pro, and with another one with a real 4X zoom (the 5X is also a hybrid), but its selling price is impressively higher officially in our country at 1,399 euros.