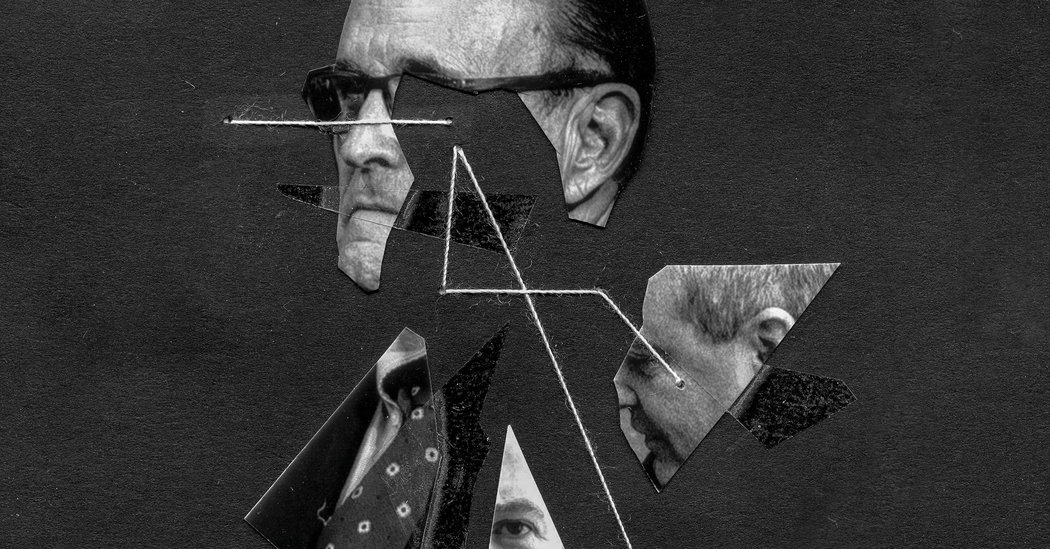 (Want to get this briefing by email? Here’s the sign-up.)

We’re covering developments in Malta’s high-profile murder case, recent soccer diplomacy in the Middle East, and the best photos of the 2010s.

For years, Lev Parnas and Igor Fruman were obscure businessmen in Florida with no footing in government or diplomacy. Now they face charges of campaign finance violations, and their connections with President Trump and his personal lawyer are central to the impeachment drama.

After a car bomb in 2017 killed a Maltese journalist tackling corruption, Prime Minister Joseph Muscat’s chief of staff told reporters that it was a hit job by the Italian mafia. That was untrue, and the chief of staff himself, who resigned last month, now stands accused of trying to help a businessman accused of contracting the murder flee the country on a yacht.

As evidence mounts of potential misdeeds by the prime minister’s staff, our Moscow bureau chief writes, even longtime supporters of his political party “are coming around to the view that corrupt ties between business and politics and the culture of impunity they engendered are what killed the journalist.”

Why this matters: The spectacle has sparked further concerns about the erosion of the rule of law in the European Union and illustrates how the investment that poured into the former British colony after it joined the bloc in 2004 created incentives for corruption.

What’s next: Mr. Muscat, who has pledged to leave office in January, is under pressure to do so immediately. He has called the killing of the journalist, Daphne Caruana Galizia, a “barbaric act that goes against civilization and all dignity.”

Soccer diplomacy in the Middle East

This week’s Club World Cup in Qatar is a dry run of sorts for the 2022 World Cup. It’s also a reminder, our Cairo bureau chief writes, of how soccer has become a conduit for politics in the Persian Gulf.

The diplomacy cuts both ways. In 2014, for example, the United Arab Emirates hired a former U.S. National Security Agency analyst to hack the computers of Qatari and FIFA officials in search of damaging information about the country’s World Cup bid, according to a Reuters investigation.

But more recently, soccer has symbolized easing tensions between Qatar and its neighbors. Case in point: The Emirates, Bahrain and Saudi Arabia — which has led a strict diplomatic and trade embargo of Qatar for over two years — recently allowed their soccer teams to play in a regional tournament there.

Another angle: A Times reporter visited a falcon hospital in Doha, whose feathery patients are revered in Qatar like no other member of the animal kingdom.

If you have some time, this is worth it

The decade in pictures

Photo editors at The Times have pored over images of moments both fresh and faded to tell the story of the 2010s, a decade of seemingly ceaseless upheaval.

Above, migrants arriving in Greece in 2015, when more than one million entered Europe, many fleeing war and poverty in the Middle East and elsewhere.

Here’s what else is happening

Britain: The House of Commons is set to vote today on legislation to allow the country to exit the European Union by Jan. 31. Queen Elizabeth on Thursday confirmed in a speech that Brexit would indeed happen by that date. The bill would also force Prime Minister Boris Johnson’s government to meet its self-imposed — and likely unrealistic — deadline of hammering out a comprehensive trade deal with the bloc by the end of next year.

Russia: Up to three people were killed after a gunman opened fire near the fortresslike headquarters of Russia’s spy agency on Thursday, according to Russian news reports. The incident is highly unusual for such a secure part of Moscow.

Spain: Snap elections may be imminent in Catalonia, where a court ruling in Barcelona on Thursday barred Quim Torra, the pro-independence leader of the region’s government, from holding public office for 18 months.

Italy: In a sprawling operation against ’Ndrangheta, a crime syndicate with wide influence over local politics, the police made more than 330 arrests across Italy and in Switzerland, Germany and Bulgaria.

Trade deal: In a rare bipartisan gesture, the U.S. House of Representatives overwhelmingly approved a new three-way trade agreement with Canada and Mexico. Many Democrats and Republicans alike have long said the deal’s original version, ratified in 1993, contributed to an outflow of American jobs.

What we’re reading: New York magazine’s examination of this year’s internet archetypes (VSCO girl, wife guy…). Katie Rosman, a Styles reporter, says she loves the story “even if I don’t understand many of its sentences.”

Now, a break from the news

Seasons occur because Earth, like most planets, does not spin perfectly upright. Our “axial tilt” is a jaunty 23.5 degrees, for example, while Uranus spins at 98 degrees.

Earth’s tilt helps to moderate our sun exposure. Our four seasons are comparatively mild and, thanks to our proximity to the sun, fairly brief.

Much of Uranus, by contrast, spends winters in permanent darkness and summers under constant sunlight. And those seasons last decades in Earth years.

“If there were creatures on Uranus — and I don’t think there are — seasonal affective disorder would be a lifetime thing,” the planetary scientist Heidi Hammel told The Times.

That’s it for this briefing, earthlings. Have a great weekend.

Thank you
To Mark Josephson and Eleanor Stanford for the break from the news. Mike wrote the Back Story we used today for last year’s winter solstice. You can reach the team at briefing@nytimes.com.

P.S.
• We’re listening to “The Daily.” Our latest episode is about how the Democratic Party united over impeachment.
• Here’s today’s Mini Crossword puzzle, and a clue: Something bought and soled (four letters). You can find all our puzzles here.
• To create an authentic portrait of a gritty, bygone part of New York, our photographer used a laborious 19th-century technique called tintype.