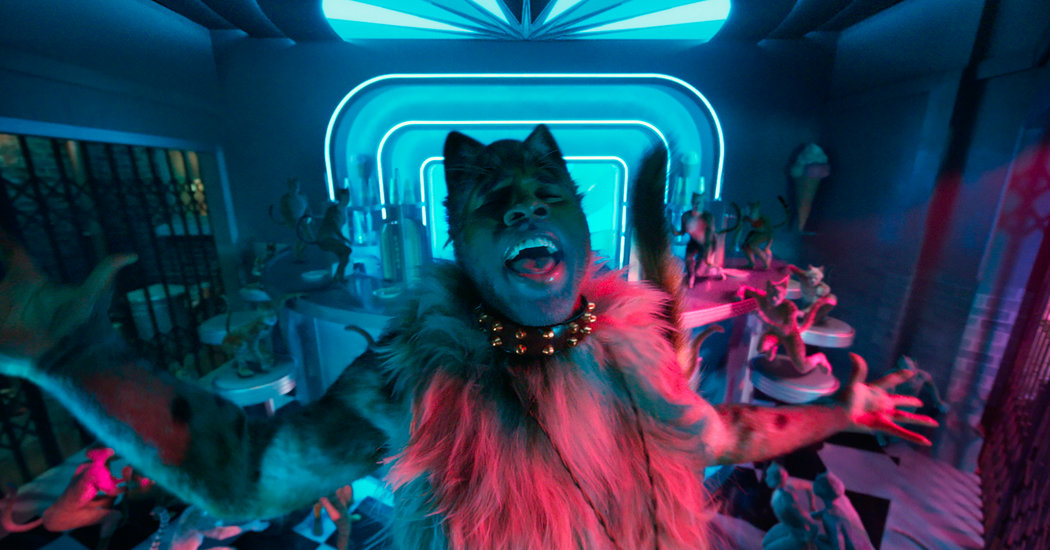 Peter Debruge, Variety’s chief film critic, said the director Tom Hooper’s “outlandishly tacky interpretation seems destined to become one of those once-in-a-blue-moon embarrassments that mars the résumés of great actors” and “trips up the careers of promising newcomers.”

What’s Up With the Fur?

One of the main draws of the film was supposedly the special effects to crossbreed feline and human anatomies using a technique called “digital fur technology.” The effects, however, have been most kindly described as “creepy.”

“Millions of dollars and thousands of hours have been sunk into making the cats in ‘Cats’ look like hypertrichotic mutants from the Uncanny Valley Of Dr. Moreau, with tails and furry faces and hairless human fingers and toes,” Ignatiy Vishnevetsky wrote for The AV Club. “Their proportions in relation to the sets seem all wrong.”

David Rooney of The Hollywood Reporter offered this reminder to those who watched the trailer:

If you recoiled back then at the sight of British acting royalty with their faces stuck onto little furry bodies, or even just the jarring image of cats with human breasts, chances are you’ll still be covering your eyes and peering in a profoundly disturbed state through the gaps between your fingers at the finished film. At least until boredom sets in.

Not Safe for Children

“Anyone who takes small children to this movie is setting them up for winged-monkey levels of night terrors,” Ty Burr of The Boston Globe wrote.

“I truly believe our divided nation can be healed and brought together as one by ‘Cats’ — the musical, the movie, the disaster,” he said. “In other news, my eyes are burning. Oh God, my eyes.”

Put It Out of Its Misery

Tyler Coates of Wired said the film was “awful”:

It has been a while since a big-budget, star-packed studio film has felt like such a disaster from start to finish. Befuddling, confusing, deeply ugly, and incredibly un-fun, I surely won’t be the only critic to recommend ‘Cats’ be put down immediately. What has for decades been something of a pop culture joke is now an even more wackadoo entertainment event. It’s almost as if Hooper and company were tasked with making the worst movie they could conceive of, that it was one epic troll — that could be the nicest thing I could say about it, that they have achieved something.

“I realize that critique won’t be used in Cats’ advertising campaign,” Mara Reinstein of Us Weekly wrote. “But the musical does indeed have its merits — and is not nearly as disastrous as you feared.”